If you want my body, and you think I'm sexy, it's probably because of my high 2D:4D digit ratio and ERR gamma levels

Well of course we already knew it, but now science has proven it - runners are smart and sexy. Well, according to a couple of stories in the Daily Mail at least, and as I always say; you should absolutely believe everything you read in the Daily Mail unequivocally.

But what is the actual research leading to these completely believable and plainly evident facts? Other than, y'know, mirrors and common sense? Let's take a look shall we...

I don't know about you, but I never feel more sexy than when I'm running. When I'm collapsed in a sweaty heap: 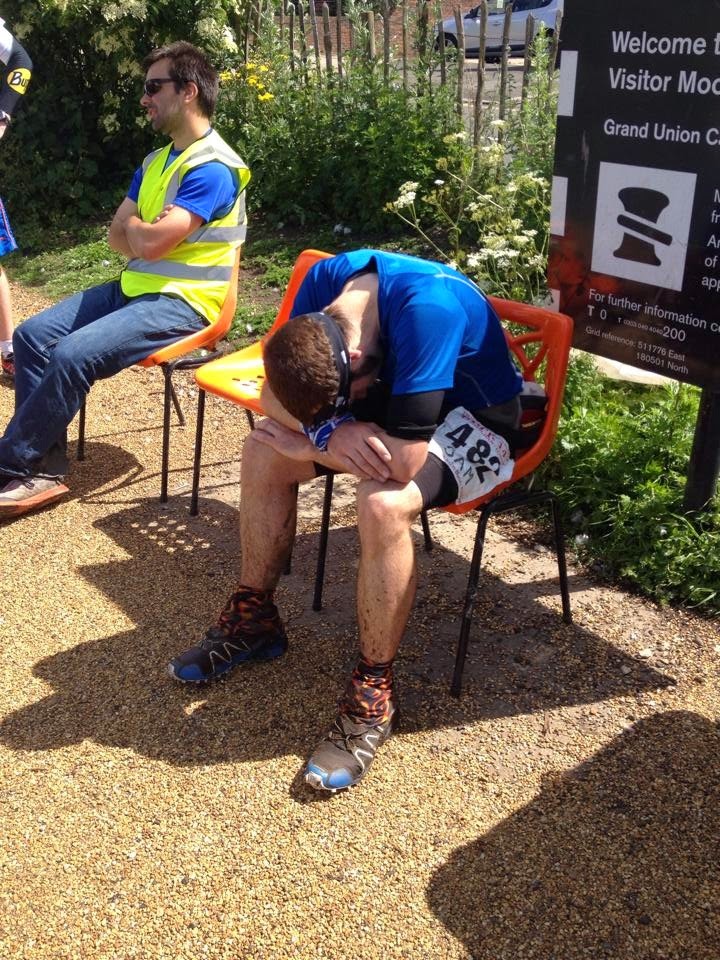 And coughing and spluttering: 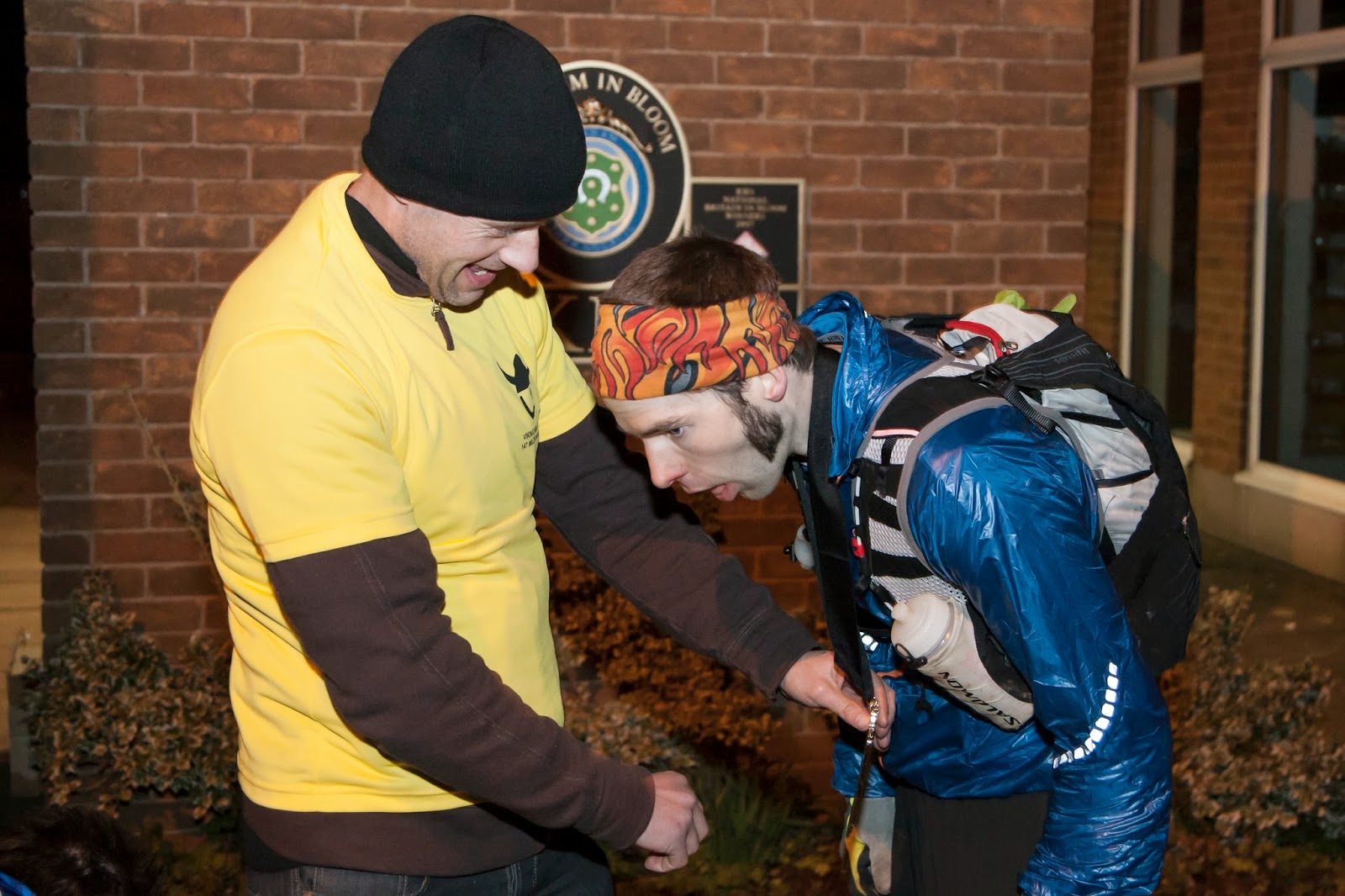 With my toenails hanging off: 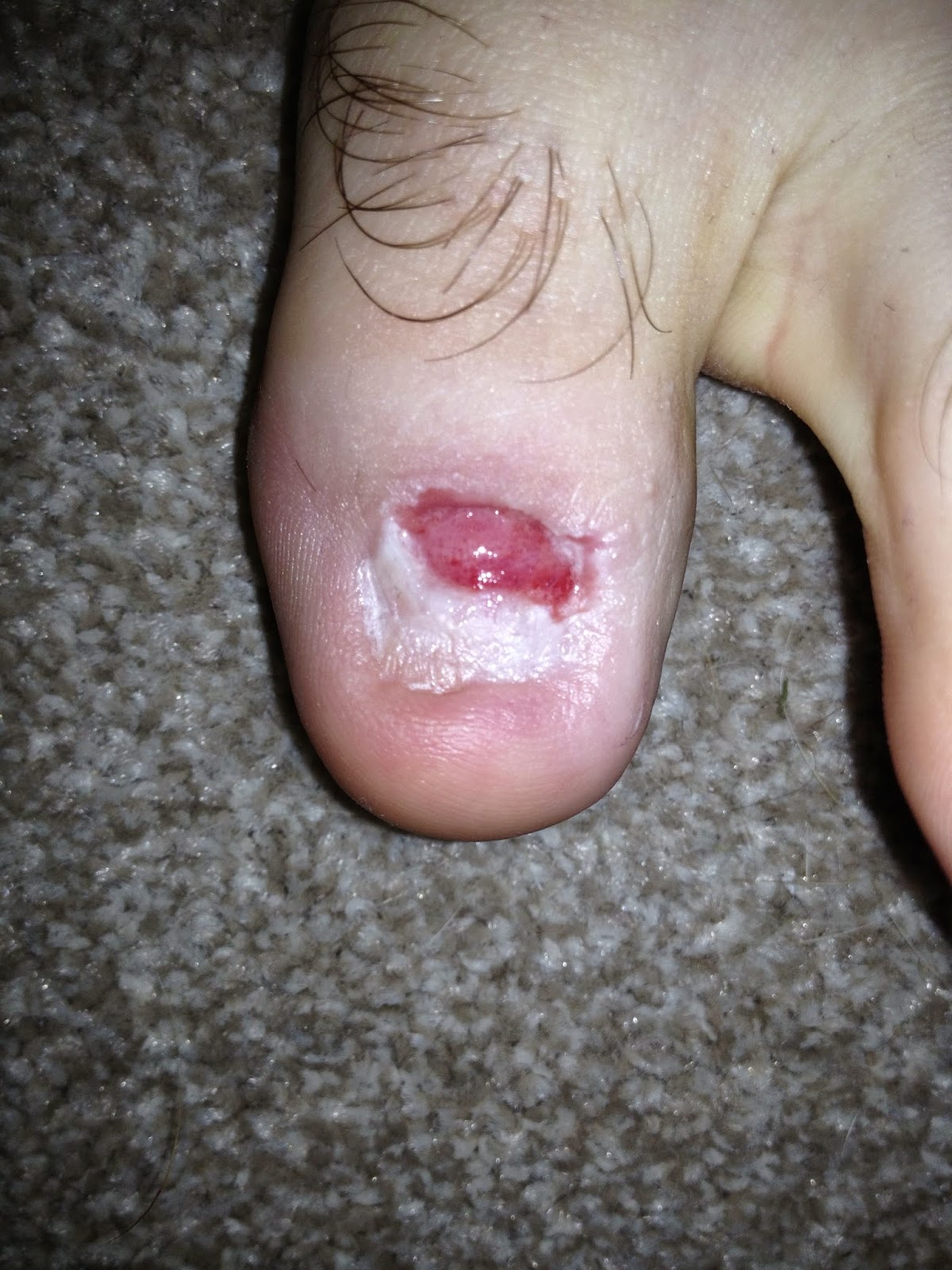 Having to deal with blisters: 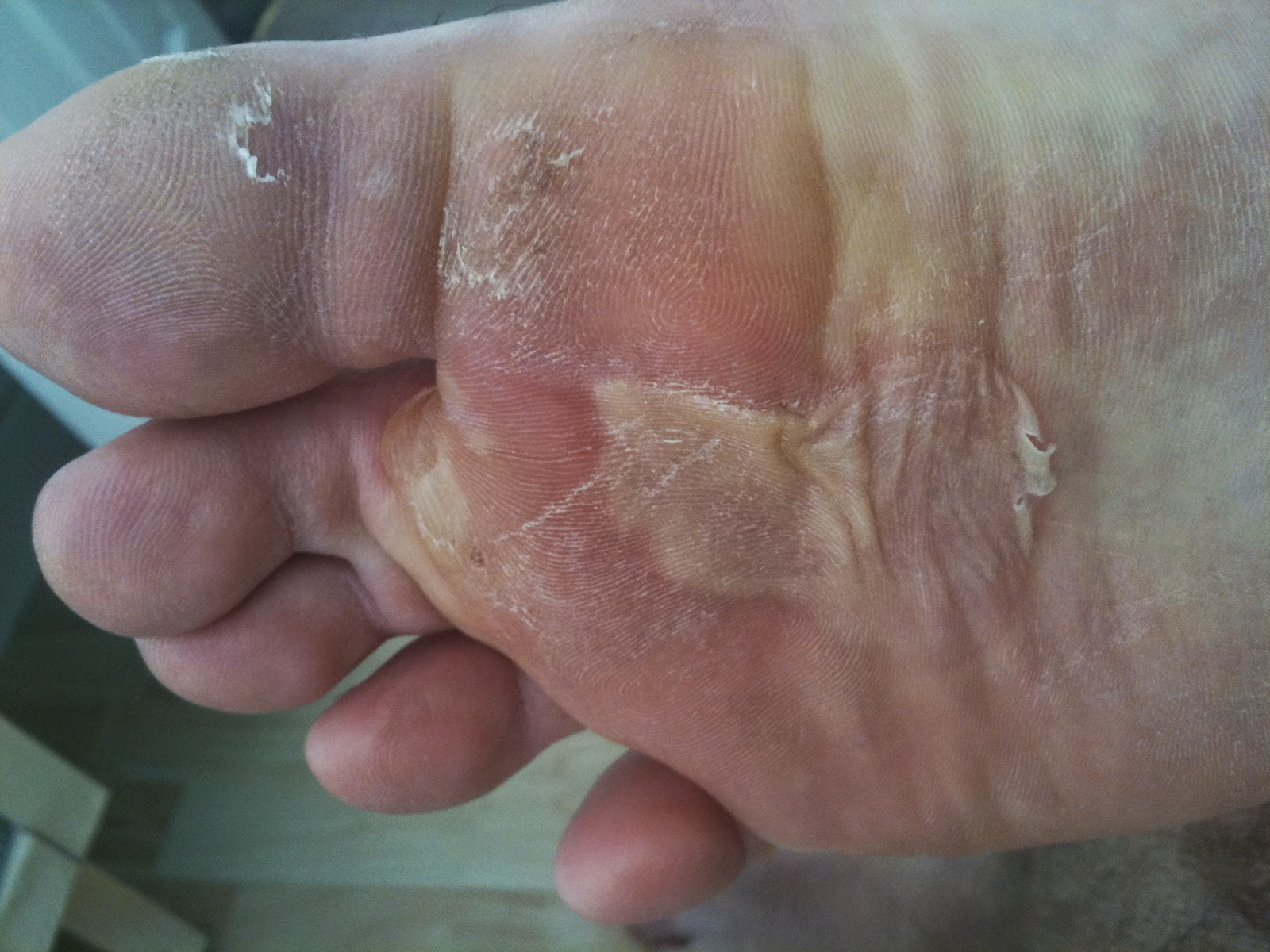 And smearing vaseline around my crack: 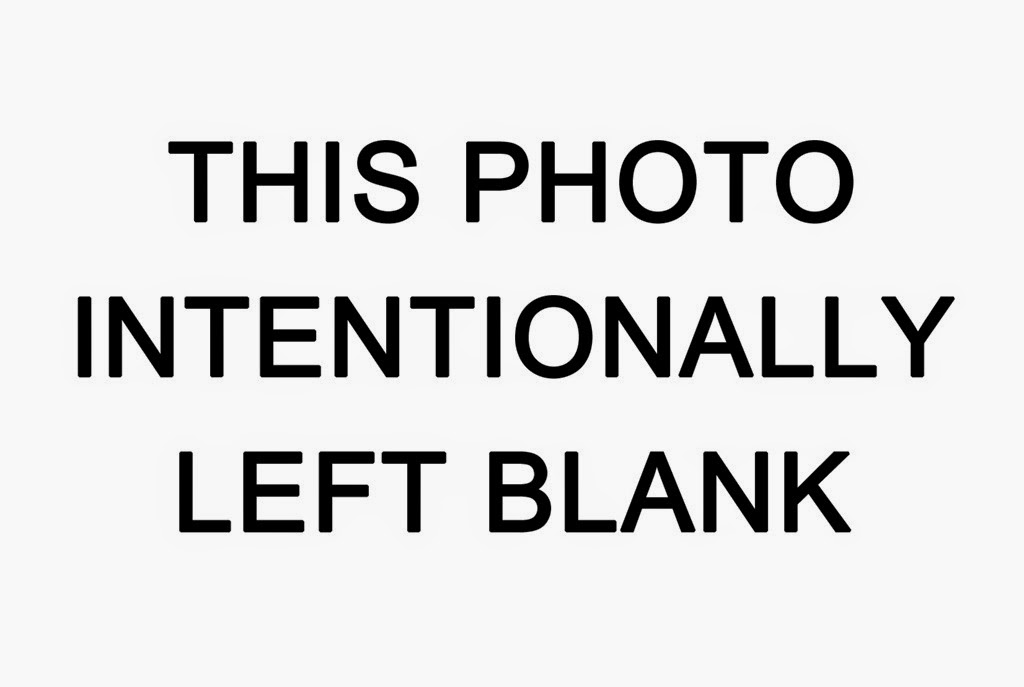 I can't help but notice all of the ladies staring on with lust and desire on their faces.

As my wife will attest, running (particularly trail and ultra running) is not glamorous. We dress in stupid clothes, we smell, we never shut up about running, we leave mud in the shower, and we create sooooo much washing it's unbelievable. Never mind if we end up roping them into actually helping with crewing:


But no, apparently running makes you sexy. Kind of. The paper that this headline is taken from is "Can Persistence Hunting Signal Male Quality? A Test Considering Digit Ratio in Endurance Athletes" by Daniel Longman et al. (2015). In this paper, researchers looked at 439 male and 103 female runners of the Robin Hood Bay half marathon, looking at the ratio of the length of their index finger to that of their ring finger (2D:4D digit ratio). There is a lot of evidence that this ratio is affected by the levels of androgens (hormones that stimulate the development of male characteristics, e.g. testosterone) that we are exposed to in the womb. So the idea is that this ratio can represent prenatal testosterone levels, which many studies have linked to various physical traits in humans.

To get the digit ratio, you need to measure the length of your index finger from its base (mine is 75mm) and do the same for your ring finger (mine is 82mm), then simply divide them. So I have a 2D:4D ratio of about 0.91. More people have a longer ring finger than index finger, so the average digit ratio is less than 1. This is slightly more pronounced in males than females (perhaps not surprising if the theory of it representing male sex hormones is accurate).

In the paper, researchers simply took hand prints from a bunch of runners, calculated their digit ratios, then plotted this against their finishing times. They incorporated gender into their analysis to account for the fact that the effects were different in males and females. What they found was that:

So whilst it looks as if the runners with the lowest digit ratios were also the fastest (and vice versa), there is a large amount of variation. Also it is pretty clear that this effect is more pronounced in the males than it is for the female runners (although the sample size is larger).

The "p<0.001" value that they state is the result of a statistical test known as a multiple linear regression analysis. This essentially produces a line of best fit to the data, then calculates how likely it is that you would see such a line from a random set of data (i.e. where the two measures are not related in any way). Basically if this value is small enough (e.g. <0.05), you can use the hallowed words "statistically significant" to describe the effect. So what we have here is a small but significant correlation between digit ratio (a surrogate for prenatal androgen levels) and finishing time. So runners that were subjected to more testosterone in the womb were generally faster.

The lead author, Danny Longman, is an evolutionary anthropologist who is interested in human evolution and sporting performance. He actually worked with Centurion Running at last year's North Downs Way 100 (so was interested in my own research), although unfortunately nothing ever came from that. Since testosterone is associated with reproductive potential (low 2D:4D ratios are associated with high sperm counts in males, and high 2D:4D ratios are associated with high oestrogen levels in females), the idea in this paper is that long distance running may have acted as a subconscious signal for mating partners that might produce good offspring, and therefore may have been a selective pressure in human evolution.

Also, with the whole persistence hunting theory (which is far from universally accepted), males with good distance running abilities would potentially act as good mates in terms of their ability to provide food, and this may explain the increased effect on males compared to females.

I can't really comment on the evolutionary hypotheses at play here (although I think it's a little bit of a leap), but I can get behind the basic concept that testosterone levels are (mildly) associated with performance. However, if you look at the faster runners (say those who finished faster than 5000 seconds - a 1:23:20 half marathon), whilst the majority had lower 2D:4D ratios some had the highest ratios of those tested. So it's not to say that your running ability is entirely dependent on your testosterone levels. Fear not ET!

But yeah. It doesn't really say that runners are more attractive. It says that performance at half marathons is mildly related to your digit ratio. The rest is all conjecture. Which is of course absolutely fine. That's how science works, and this fits in with a whole heap of additional evidence that builds up the theory. But just don't go looking to switch careers to modelling just yet. Well, unless you're this guy.

No it doesn't. Anybody that's ever tried to work out their splits while running will attest, running makes your brain turn to mush. And never mind the hallucinations...

No, what this paper, Dependence of Hippocampal Function on ERRg-Regulated Mitochondrial Metabolism from Liming Pei et al (2015) actually says is this: Neurons are cells and need energy to function, and they need more energy to do more complex tasks like learning and using your memory. Energy is generated in neurons by oxidative phosphorylation, where sugar (they cannot burn fat) is metabolised  into ATP in the mitochondria. This ATP is the main "currency" of energy used in your cells.

What they show is that there is a protein - estrogen-related receptor gamma (ERRg) - which regulates a bunch of genes that control this metabolic process in neurons. When you knock it out in mice (so that the mice no longer have this protein available in their cells), it impairs their memory and spatial learning. The mice had no problems with vision, motor control, balance, anxiety or anything like that, but when they took part in the Morris water maze test they struggled more than their wild type counterparts. The test is quite simple - the mice are put into a little swimming pool that has a small platform somewhere in it that the mouse can climb onto. This can be either visible, or hidden under the water. When it is hidden, they have to hunt around for it so their spatial learning can be observed. Then you can repeat it to see if they go back to the same place again the next time to observe their memory. The mice with no ERRg found the visible platform fine, but struggled to find the hidden one, then failed to look in the same place when the test was repeated.

So what does all of this have to do with running? Well nothing really. They didn't then make all of the mice run a marathon. The link is simply that this protein, ERRg, is also involved in similar metabolic pathways in muscles. There may be a link between running (well, muscle metabolism) and memory, but it hasn't been studied directly. It seems plausible though - if you're good at running, it might be because you have increased ERRg activity, and therefore you might have better memory and spatial reasoning. I know that my memory is pretty damn good.

So what does all of this have to do with running? Well nothing really. They didn't then make all of the mice run a marathon. The link is simply that this protein, ERRg, is also involved in similar metabolic pathways in muscles. There may be a link between running (well muscle metabolism) and memory, but it hasn't been studied directly. It seems plausible though - if you're good at running, it might be because you have increased ERRg activity, and therefore you might have better memory and spatial reasoning. I know that my memory is pretty damn...

I can believe that good runners had a slight evolutionary advantage over non-runners, and that people with a good metabolism might see improved brain function. But do marathon runners "get more dates"? Probably not - we've already spent our money on new shoes and other gear. It's all interesting stuff, but sorry boys and girls it's nothing to start bragging about yet. I personally disprove both of those theories anyway! But both of these papers are very interesting, with a lot of potential for future work. Some slight sensationalisation from the Daily Mail, but to be fair that's their job, and public interface is a very important aspect of scientific work. If you can spin the science to make it of interest to the public at large, then that can be a very positive thing.

One point to make is that, whilst PLOS One (in which Danny's paper above was published) is a pretty good open access journal, the ERRg paper is published in a Cell journal (Cell Metabolism) so this is some serious science. Without sounding too disparaging, most sports science is published in much smaller journals. But this isn't sports science - it's a pretty in depth metabolic paper that somebody has managed to link to sports, allowing the Daily Mail to pick up on it (whether this is intentional public relations spin, or the Daily Mail jumping on one tiny part of a press release I can't say).

Anyway, there you go. Science bitches!
Posted by Sam Robson at 21:20